Sinews in the Cypress: Lincoln Beach’s Past, Present, and Future 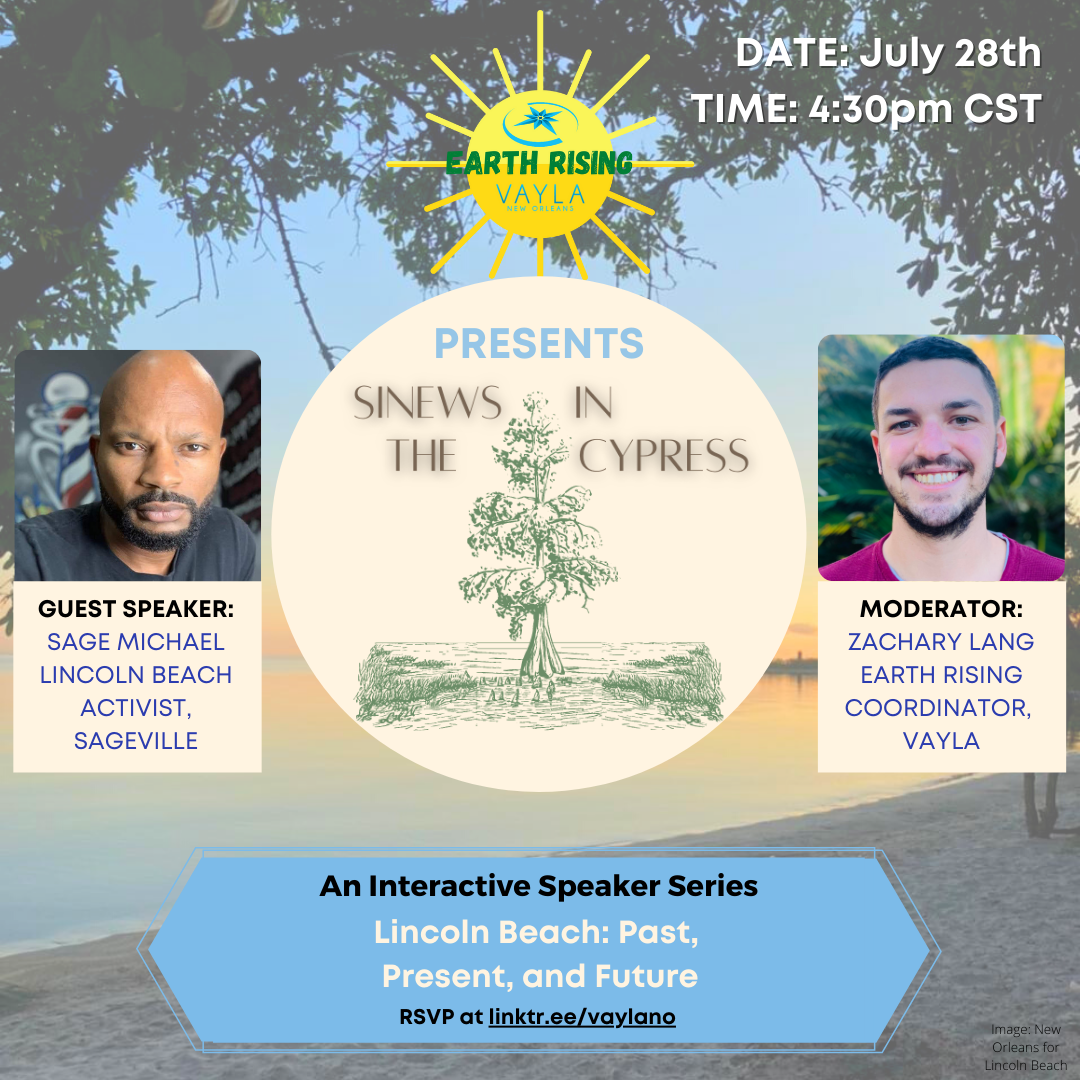 Join VAYLA as we dive deep into the history, current activism, and future possibilities for Lincoln Beach.

In this installment of our Sinews in the Cypress guest speaker series, Sage Michael will discuss all things Lincoln Beach. As a Lincoln Beach activist and founder of Sageville, Sage has been working for years cleaning the historical site and making it safer and more accessible to the public. At this month’s event, we will explore the history of Lincoln Beach, what has been done over the last couple of years by activists like Sage, as well as future plans and possibilities for the site.

The event will be moderated by our Earth Rising coordinator, Zach Lang. Through the discussion we hope to amplify the hard work that has already been done by community members and show the importance of this historic site to our community of New Orleans East as well as the New Orleans community in general.

We can’t wait to see you there!

Missed our event? The recording will be available soon.