Sinews in the Cypress: New Orleans in a More Uncertain World 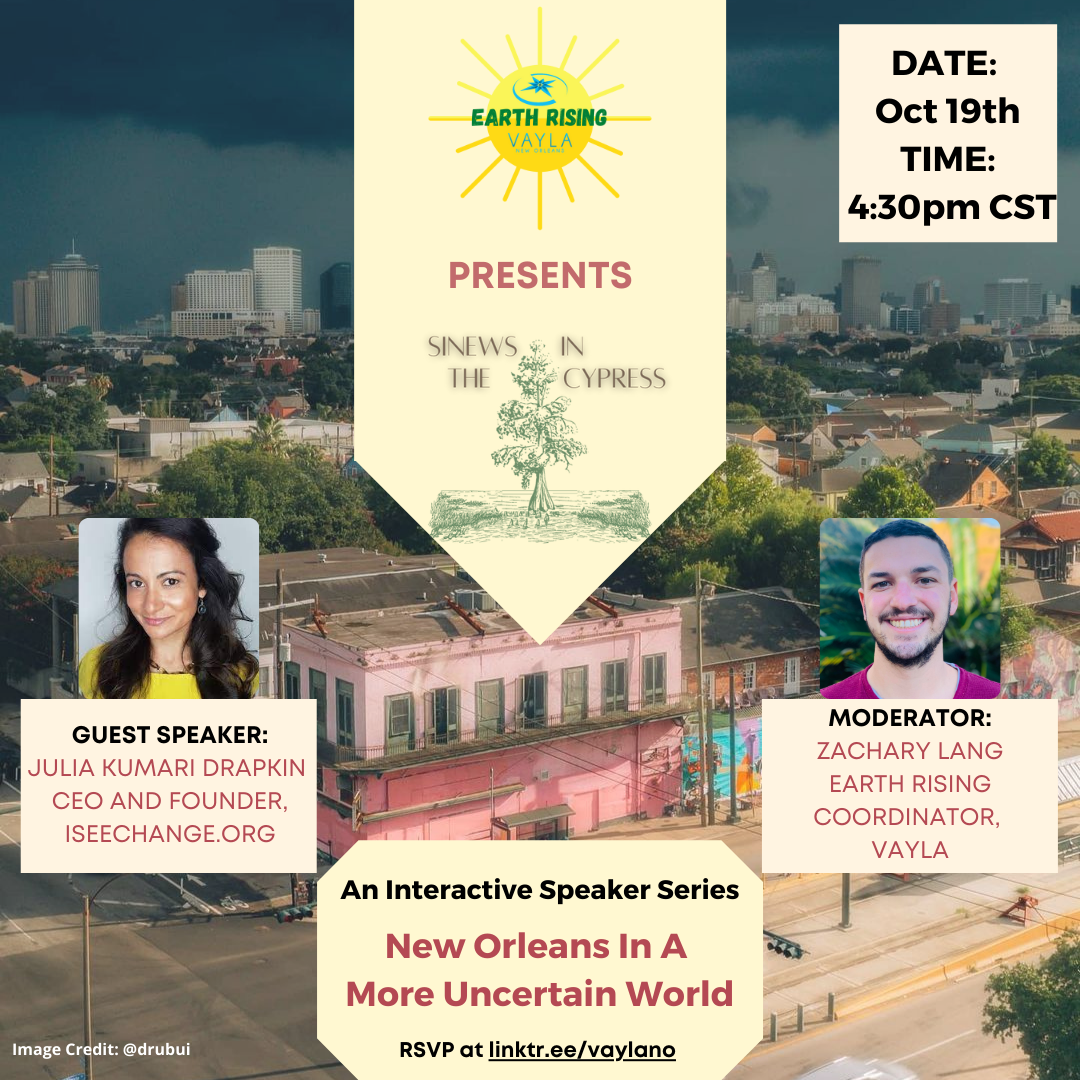 Join VAYLA as we explore how climate change is impacting our community and making life more uncertain in our city.

In this installment of Sinews in the Cypress guest speaker series, we bring in Julia Kumari Drapkin to discuss extreme weather in New Orleans. Julia is the CEO and founder of ISeeChange, an award winning climate change tech company. At our event we will explore extreme weather events, such as extreme heat and flooding, while also exploring the importance of localized reporting.

This event will be moderated by our Earth Rising Coordinator, Zachary Lang. Through this discussion we hope to amplify the work that ISeeChange is doing in our community as well as show opportunities for community members to get involved in efforts to combat climate change.